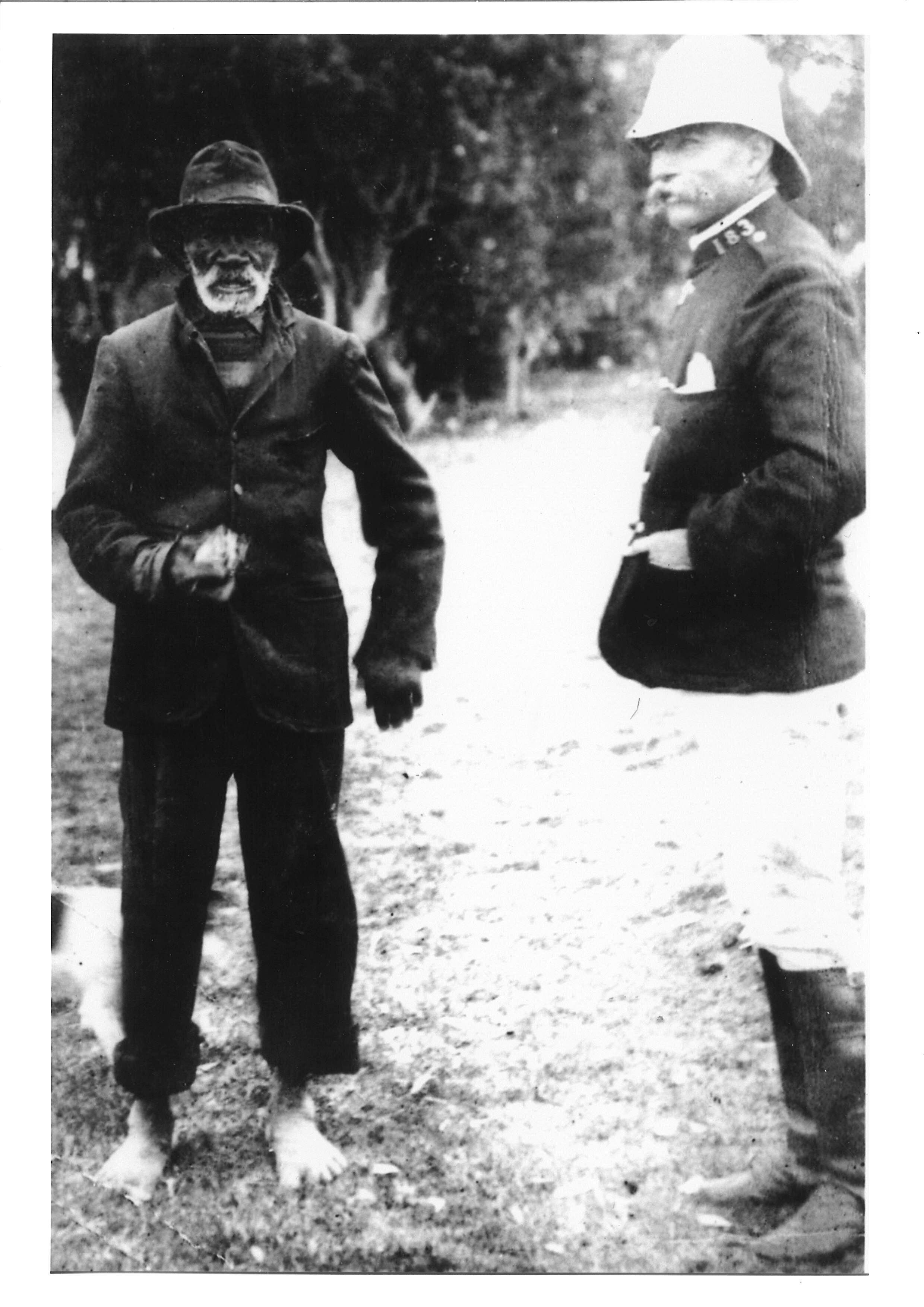 Billy Holten was born at Bellbrook on the upper Macleay River in the late 1830s. Before working as a tracker, he was well-known as a stockman and horse breaker. He was employed as a tracker for many years in the late 1800s in the Kempsey district, developing a close association with Constable Morris of Jerseyville [ref]Macleay River Historical Society Photographic File Ph0044339.[/ref]. He passed away at Bellbrook in October 1932 and was buried in the Aboriginal Cemetery, Nulla Nulla Reserve, Bellbrook [ref]DC of Billy Holten 1932/020033.[/ref]. Many of his descendants still live in the Kempsey district today.

This website explores the history of Aboriginal trackers in NSW from 1862 when the current NSW Police Force was established through to 1973 when the last tracker, Norman Walford, retired.  You can read about the lives of individual trackers and some of the incredible tracking feats they...

There were over 200 NSW police stations that employed Aboriginal trackers between 1862 and 1973.  Many were concentrated in the central-west and north-west of the state, the agricultural and pastoral heartland of NSW.  This is because one of the main jobs of trackers was to pursue sheep, cattle and horse thieves. Trackers sometimes lived in small huts out the back...

Pathfinders book Pathfinders, A history of Aboriginal trackers in NSW, written by Dr Michael Bennett and published by NewSouth, is now available from all good bookstores. Click on the link below to order your copy. https://www.abbeys.com.au/book/pathfinders-a-history-of-aboriginal-trackers-in-nsw.do Early History Since the beginning of the colony, government agencies, explorers, surveyors and members of the general public called upon the tracking...